A bunch of that boring stuff about economics and finance.


So now you may be thinking that this will cause a feedback loop to occur and rates will continue to be driven more and more negative.  Yes.  Absolutely.  Because the Central Bank will have to keep adjusting its rate down to stay “more negative” than the Sovereign bond and other money markets.  What happens when customer deposit rates go sufficiently negative so as to compel normal people to withdraw their cash from the banks and hold it in cash?  The answer is, the oligarchs will enact government policies outlawing the use of cash.  Think I’m crazy?  Have you tried paying your car insurance bill with cash lately?  Cash.  As in hundred dollar bills.  How about your phone or utility bill?  Guess what.  You can’t.

One of the big reasons why I had to move into the “Van Down by the River” was because I simply COULD NOT FUNCTION using cash.  When I was foreclosed upon because I could not provide the bank with a tax return (because I have declared a tax strike), I began investigating possible rental scenarios in preparing to move.  Kids, you CANNOT rent an apartment “above the table”, pay the utilities on said apartment, insure a vehicle and scores of other necessary expenses in the former U.S. using cash today.  Between IRS liens and mortgage foreclosures, my credit score is destroyed, which also disqualifies above-board rental.  If you think that cash controls and the move to outlaw the use of cash is crazytalk, just stop and think about all of the myriad ways that IT IS ALREADY IMPOSSIBLE to pay with cash.  We’re already 75% of the way there.

So, there would be increased economic depression causing new lending to crater and thus squeezing commercial banks’ margins and causing them to demand a way to dump ALL consumer debt, including business loans, car loans and credit cards, off on the government in the form of guarantees (this is precisely what already happened in the real estate market with almost all mortgages being bundled and dumped onto Fannie and Freddie).  Couple this with the confiscatory tax on deposits AND the paying of banks to borrow from the discount window by the government (aka the people) in order to recapitalize the banks, and what you have is nothing less than the COMPLETE NATIONALIZATION OF THE BANKING SECTOR.  This will inevitable require the outlawing of sovereign currency (cash), which will inevitably lead to the REJECTION of the sovereign currency, and the emergence of a “black” alternative.  We are talking, ladies and gentlemen, about nothing less that the final, complete destruction of the economy, which will inevitably lead to the total collapse of the extant government and what scattered vestiges remain of the Rule of Law.

Of course, all that conspiracy nonsense about the UN coming to take our guns is nothing but a bunch of extreme right-wing paranoia.  Right?


It appears the United Nations anticipates economic collapse and armed revolt in the United States and they are looking for a few good Peacekeepers with "experience with small arms control, conflict/post-conflict crisis management, and economic recovery".


The U.N. is hiring a "Disarmament, Demobilization, and Re-integration (DDR) officer" for the apparent purpose of disarming American citizens as the "duty station" is New York City, USA.


The U.N. defines "disarmament" as "the collection, documentation, control and disposal of small arms, ammunition, explosives and light and heavy weapons from combatants and often from the civilian population."

I dare any pro-choice person to answer this guy in a sane and logical manner.  I'm not holding my breath, though.


Here now is the next stage in the abortion movement. It’s not enough to win in the courts and the Congress, they want to win in American’s heart and soul. It’s not enough for abortion to be legal, it needs to be loved. That’s why these kinds of movies exist, to promote abortion as something positive, affirming, constructive, empowering.

The empowering abortion. A work of fiction, indeed, but one marketed cleverly enough to dupe millions of people.

I thought about this empowerment notion for a while, and I think I identified a flaw in it. Actually, I identified five...

One of these days, I'll have the energy to write something myself.
Posted by Wraith at 10:11 No comments:

Gunslinger nails it.  With a nuke.


If you understand that America is an IDEA...a collection of Truths, Ideals, and Liberties...

....ones that include small, Constitutionally limited government, a free market, and maximum individual liberties...

...then you cannot reject every one of those in practice...and call yourself an  "American". 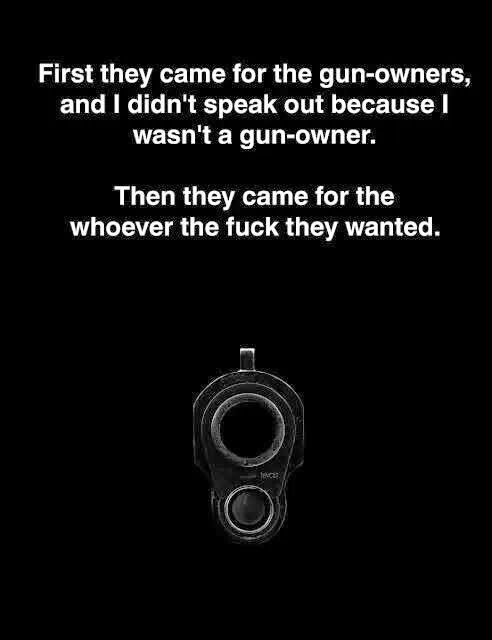 (HT Xenolith.  Go read his blog because he rocks.)
Posted by Wraith at 10:03 No comments:

So--according to them--the IRS had a 'computer crash,' and lost all the emails pertaining to their alleged persecution of conservative organizations.


Let's just say I told the IRS that my computer crashed, and I lost all the proof of my income and deductions.


Anyone have the slightest doubt how that would fly?
Posted by Wraith at 09:09 No comments:

But here's the context anyway, just in case you want to watch one of the most awesome SciFi authors of all time lay a capital-level smackdown on some whiny douchebag(Really, Larry, isn't this on the mental and philosophical level of stealing a toddler's candy?  The guy hasn't the faintest hope of winning here).


This quote, however, should be spread far and wide until every single Patriot has read and grokked it:


Rule number one. Never apologize for something that shouldn’t be apologized for. Check out all the various firings, purges, boycotts, and cancellations. Apologizing for causing their outrage is you taking responsibility for their ignorance and inability to control their own emotions. Apologizing to the perpetually outraged means they own you. You have declared yourself guilty and vulnerable to their threats. It is like negotiating with terrorists. Give into their demands and you’re just encouraging them to blow something else up.


Now, that's the work of a true wordsmith.  I'm usually reduced to a simple "You're offended?  Too bad.  Eat a dick."  I guess that's why Larry writes for a living, and I drive a truck.

In a civilized nation, which is what the United States used to be, any and all points of view are allowed to be expressed.  Rational debate is viewed as a good thing, where opposing theories are expounded upon, rebutted, and either bolstered or debunked with facts, logic, reason and evidence.  This is how a country--and, eventually, all of humanity--evolves, and, dare I say, progresses.


This is also the last thing so-called "Progressives" want.  The evidence is clear in their actions:  shouting down conservative speakers, demanding that those with differing views be fired from their jobs, calling for the new heretics to be banned from speaking at various events...and now, literal threats of terrorism.


These people are threatening mayhem and murder in an attempt to silence dissenting viewpoints.  This is tolerance?  This is civilized debate?  No, this is barbarism.  This is force over reason.  This is the tactic of those who are clearly and utterly in the wrong.


The last thing these Leftists Fascists want is a debate.  Because they'd lose, and they know it.  The facts are not in their favor.  The evidence is overwhelmingly against them.  Five minutes of logical, rational thought would objectively prove these people to be at odds with reality, meaning that they are--literally--completely and utterly insane.


So all they have left is one simple tactic.  A tactic used by every power-mad tyrant or group of tyrants throughout all of history.  Brute, naked force.


And these people consider themselves so learned, so evolved, so morally superior.  They constantly portray us--conservatives, libertarians, Christians, anyone who opposes their madness--as stupid, violent and incoherent.  These are people who actually believe that if they just keep lying long enough, loudly enough and with a straight enough face, that their delusions will become the truth.


Their reaction to the Men's Rights Conference exposes their lie once and for all.  Whether you agree with any or all of the arguments of the MHRM, or not, shouldn't matter.  Either you believe that each human being has the right to make their opinions heard, no matter how repugnant you might personally find them, or you don't believe in freedom at all.


That's all they've got.  And it says a lot more about them than it does about us.
Posted by Wraith at 09:05 No comments: