With minor contextual variations, this is what every single Social Justice Warrior member of the Butthurt Brigade needs to have shoved into their brains--or whatever lukewarm tapioca passes for said organ.

You have not earned the right to criticize one who achieved so much in his lifetime - particularly not one who, even in the context of imperialist racism that every single European nation practiced in the 19th century, could say things like, "I could never accept the position that we should disqualify a human being on account of his color".

You have not earned that right because you have not achieved anything to set against, and be measured against, his achievements.  His example inspired more than one generation, and was remembered long after his death by both black and white Africans.  What example have you set by which to be remembered?  Flinging excrement at statues?

It doesn't matter what color your skin is, or what your background might be, or what your aspirations are.  What matters is what you achieve - and don't tell me that the lack of things of which you feel 'deprived' holds you back from achieving.  That's politically correct claptrap.  Good men and women in every nation, of every tribe, ethnicity, language, creed and color, have achieved great things after beginning in absolute poverty with nothing and no-one to help them.  They earned the right to criticize others on the basis that they proved themselves by their deeds.  You have not - at least, not yet.  When you have, come and talk to me again.  Until then, shut up.

The Rhodes Scholarships that Cecil John Rhodes founded have educated many of the world's leaders, including US Presidents.  His philanthropy is visible in the grounds on which your university stands, which he donated, and in Rhodes University in Grahamstown.  You apparently see no contradiction between deriving personal benefit from his generosity, and throwing excrement at his statue.  Shame on you.

Two can play at that game...

When Chick-Fil-A founder Dan Cathy was asked his personal opinion concerning marriage, he responded that it should be between one man and one woman.  You might remember the temper tantrums the Left threw about that, culminating in the most unsuccessful boycott in human history.

One fool decided to film himself dressing down a sweet young employee at a local CFA.  His malignant case of overwhelming "Social Justice" smugness apparently had him convinced that:

a)  The personal opinion of the restaurant chain's CEO automatically translated into CFA discriminating against queer folk,

b)  The young lady working the drive-thru had any say in whatever policies a national chain restaurant implemented or not, and

c)  That he was perfectly within his rights to be an absolute flaming asshole, publicize his misbehavior all over the intarwebz, and be completely free from consequences.

Wrong on all counts.

Smith said he lost his job and everything that went with it, including a $200,000 annual salary and over $1 million in stock options.

After losing his home, Smith was able to find a similar position in Portland, Ore. But two weeks later, his new boss realized he was “that guy in the video,” so he lost that job, too, he said.

May God forgive me, but after seeing the Left attempt to ruin peoples' lives over the slightest real or imagined offense...my sympathy level reads in the negative numbers.  Play stupid games, win stupid prizes.

I love this guy!

In a totally non-gay way...

This is yet another reason I'm proud to live in the Sovereign State of Arizona.

First, the bad news:  Universities, once institutions of intelligence and maturity, are literally nothing more than day-care centers for over-aged children.

The safe space, Ms. Byron explained, was intended to give people who might find comments “troubling” or “triggering,” a place to recuperate. The room was equipped with cookies, coloring books, bubbles, Play-Doh, calming music, pillows, blankets and a video of frolicking puppies, as well as students and staff members trained to deal with trauma.

Emphasis mine.  Congratulations, parents; you've just paid hideous amounts of money to send your supposedly adult children back to kindergarten.  Don't it make ya proud?

The good news is that even in Minnesota The Land of 10,000 Leftists, normal people have finally had enough of the Butthurt Brigade:

“The whole restaurant yelled and swore at us. A man followed us outside to keep yelling asking us if white lives matter too. #BlackBrunchMN”

Black Brunch protesters in Excelsior, Minnesota were run out of Maynard’s restaurant Sunday morning by angry customers and staff. The reaction was so swift one protester said they did not have time to take photos.


Be grateful that's all that happened, you race-baiting punks.  It'll keep getting worse until you learn to act like civilized human beings. 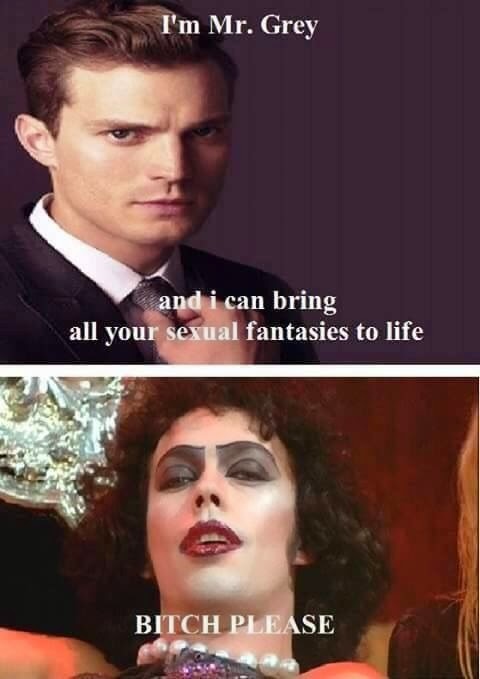 Email ThisBlogThis!Share to TwitterShare to FacebookShare to Pinterest
Labels: Humor


They're mad.  They're completely and utterly insane.  These are the people you hope to reason with?

Let me know how that works out for you--I'll be buying stock in Thorazine, butterfly nets and straitjackets.

Gunslinger has a couple of posts up explaining why, in the words of an old Tom Lehrer song, "...everybody hates the Jews."

Tyrants that want to control every action and thought of others are the most threatened by the "rebuke by the very existence" of the Jews, who by definition, i.e., whose very identity is defined as belief in a higher, mightier power than any that could ever be created by a human agent.

The existence of such divine contradiction in their midst renders true-believers in all forms of tyranny—from the Utopian Left with its all powerful, all-seeing State, to the current version of primitive Islamic murderers —unhinged to the extreme. And their first response it to kill, kill, kill that which so threatens their most cherished goals of utter dominance of their fellow man.


And a follow-up:  Why They Hate


Here's how they pretend it works: Zero-Sum Game claims, falsely, that if Group A has more money, property or wealth than Group B,  it's because A somehow "stole" the wealth from B.

The fact that Group A gets educated, stays employed, works hard, and makes sacrifices, and Group B sits on their asses smoking dope and collecting welfare....


Surprise!  When you look at the groups of people who "hate the Jews"...it's pretty much always the sort of people who think this way...and have decided that the prosperity of the Jews, who do all the right things for success in the world...have somehow "stolen" a part of the wealth that should be theirs.


Yeah, that's pretty much it.

God always takes the good ones before their time.  Because it was NEVER his time.  He was supposed to live forever!!


May God bless and keep your soul, Mr. Pratchett.  You've brought joy to millions, and that's most definitely doing His work.

Email ThisBlogThis!Share to TwitterShare to FacebookShare to Pinterest
Labels: Nonpolitical

Only one teaser quote on this one.


I have often marveled at our Founders and their understanding of proper rebellion. They understood that God alone is the author of liberty (2Cor 3:17) and that it was our duty to Him to defend and protect the precious gift He had bestowed upon this nation (Gal 5:1). And they understood and declared that government’s proper role was to protect these God-given rights. While many may think that our Founders rebelled against an authority that was appointed by God to rule over them, the Declaration of Independence made it clear that they were rebelling against a monarchy that was lawless and infringed upon the God-given rights of the people instead of protecting them. Their list of declared offenses was long. Unfortunately, it contained many commonalities with our American experiences today, such as imposing taxes upon us without our consent (a/k/a Obamacare); and joining with others to subject us to a jurisdiction foreign to our Constitution and unacknowledged by our laws (UN treaties). Today we have a government that passes unconstitutional legislation, circuitous amnesty, and oppressive taxation that exceeds the powers they are granted in our Constitution- sometimes with nothing more than a pen and phone. 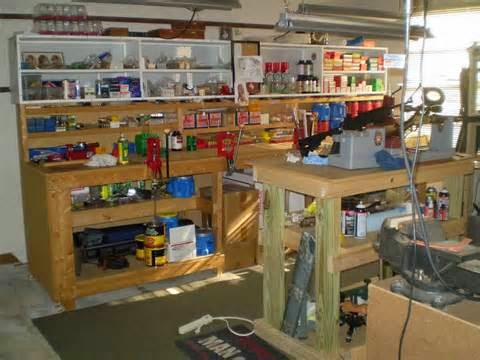 Let's do a thought experiment!


Worried that you are beginning to hate one of your friends or family members because they have told you that they are a National Socialist?


1 Understand that you don't have to agree with your friend. Many people are pro-Israel, pro-Gay and non-Aryan-Supremacist and that's fine.


2  Show respect to any Nazis you know. Don't constantly criticize their beliefs. They have the same rights of opinions as you do. Ignore their beliefs and treat them based on the respect you feel they deserve.


3  Don't take it personally. Your friend doesn't hold fascist beliefs just to anger you. If you start feeling angry during a conversation with your friend, ask yourself where the anger is coming from. It might not actually have its source in your friend's beliefs. It's okay to be vulnerable.

4  Learn about Nazism instead of making judgments based off of popular conceptions or propaganda. Try reading Mein Kampf by Adolf Hitler or Goebbels on the Power of Propaganda by Goebbels.

5  Remember that a real National Socialist does not support a dictatorship of inferior races over the population. Nazis do support what is called a dictatorship but all this means is that the Master Race have control over political power and the state and use this power to defend Nazism from attacks by their inferiors.

6  Consider researching the core beliefs of Nazism, but if you don't you should probably show respect for their beliefs nevertheless. But remember that you don't have to sacrifice your own principles for them.

7  Focus on the better things in your friendship. Don't just argue about fascism vs. capitalism all the time. Life is too short for that. Flowers, for example. They are pretty good-smelling, aren't they?

8  Support your friend if other people pick on them. Nazis have to hear quite a bit of insults about their beliefs, and that is not very fair.

I can hear the squalling now.  "That's not a fair comparison!!"  Considering that the 3rd Reich only murdered around 13-16 million people, and Communism has slaughtered over one hundred million in the last hundred years, that comparison really isn't fair...

Ike almost had it

"...we must guard against the acquisition of unwarranted influence, whether sought or unsought, by the military-industrial complex."  --President Dwight Eisenhower


Well, it's not a military-industrial complex per se.  It's broader than that.  It's actually a government-corporative complex.  Hence the term, coined by the infamous Cold Fury, "FedGovCo."


And it's leading us into very troubling waters.  Ever wonder why the definition of a 'crime' seems to be 'whatever FedGovCo wants it to be?'  Maybe, at least in part, because this:

No wonder America is criminalizing mundane activities, arresting Americans for minor violations, and locking them up for long stretches of time. There’s a significant amount of money being made by the police, the courts, the prisons, and the corporations.

What we’re witnessing is the expansion of corrupt government power in the form of corporate partnerships which both increase the reach of the state into our private lives while also adding a profit motive into the mix, with potentially deadly consequences.


Anyone have an alternative explanation?

And now for something completely different.

You think the bluegrass cover of "Thunderstruck" was cool?

Oh, the consequences will be frightful....

But the schadenfreude is so delightful


And since we've nowhere to turn,


So, tell me again how that 'Republican Revolution' worked out for ya.
Posted by Wraith at 09:36 No comments: